Heads Up Festival gets under way

Hull’s popular Heads Up Festival is back.

The festival gets under way at a launch event at Kardomah94 tonight at 7.30pm. Entry is free. The event will see the first play by Hull filmmaker Dave Lee, The Orchidian.

Events will take place at other venues including Hull Minster and Hull Central Library until Saturday 30 March.

This season’s artistic programme includes The Paper Cinema’s Macbeth, at Hull Minster on 29 March and 30 March. It follows the company’s critically acclaimed show The Odyssey with a re-imagining of the Shakespeare tragedy as a cautionary tale for our times, with puppets, evocative music and cinematic projection.

Now Is The Time To Say Nothing is an interactive sound and video installation as part of the Heads Up Festival.

Now Is The Time To Say Nothing is an interactive sound and video installation exploring the role of screens in observing global conflicts. It is a collaboration between Syrian filmmaker Reem Karssli, a group of young Londoners and artist Caroline Williams. It will take place from 28 March to 30 March at Hull Central Library.

And The Land’s Heart Is Greater Than Its Map, by Olivia Furber, Ramzi Maqdisi, 9T Antiope and Hannah Mason, takes place on 29 March and 30 March at Kardomah 94. It will see audiences invited on an alternative guided tour of a city where truth promises to be stranger than fiction.

The festival, delivered in partnership with Battersea Arts Centre and part of the Collaborative Touring Network, will also provide free workshops to schools in Hull.

Heads Up Festival is produced by E52 in partnership with Battersea Arts Centre. Get tickets and more information here.

It coincides with IETM Hull, the plenary meeting of the membership organisation for contemporary performing arts, which will see delegates descending on the city from across the world. Find out more about IETM Hull here. 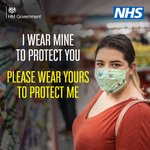