White-knuckle rides, tasty treats, fairground stalls, bright lights and music are back in the city as Hull Fair opens on Friday.

It is the 726th consecutive year the city has hosted event, which is Europe’s largest travelling fair.

Lord Mayor of Hull, Councillor Steve Wilson said: “Hull Fair is ingrained in the people of Hull and never fails to draw a crowd.

“This year, I’m honoured to be ringing the bell and officially opening the fair for all to enjoy.”

The fair, which has more than 300 attractions, will run until Saturday 12 October. It is open from 2pm to 11pm daily, other than Saturday, when it will open from noon to 11pm. The fair is closed on Sunday 6 October

This year sees two big wheels come to the fair for the first time, offering unrivalled views across the city and further on a clear day.

More than 100 stalls offer classic games including bingo, hook-a-duck and darts, while an array of food outlets will bring new tastes such as giant scotch eggs and Whitby scampi alongside traditional favourites including nougat, pomegranates, toffee apples, candy floss and brandy snap.

Road closures and parking restrictions in place from 2 October can be found here.

Plan launched to deliver best outcomes for children and families

Hull’s barriers are back – but only for a short time 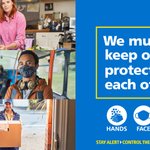