From Monday 27 November a newly branded White Ribbon fire engine and police car will be taken into 19 schools across the city to raise awareness around domestic abuse.

Children and young people across the city will have the opportunity to discuss and explore domestic abuse, bullying and understanding respectful, healthy relationships, whilst engaging with planned activities centred around the theme these hands are not for hurting. Children and young people can then sign the White Ribbon pledge I pledge never to commit, excuse, or stay silent about abuse or bullying.

Three years since Hull became a White Ribbon city, agencies across hull have been working together closely to raise awareness and support victims of domestic abuse.

Humberside Fire and Rescue Service is committed to doing all it can to end domestic violence in any shape or form. Our Public Safety teams and operational crews deal with some of societys most vulnerable people, and we work with partner agencies to not only look for fire risks, but to recognise abuse in all of its forms whether it be drugs or alcohol or even violence in the home. The wrapped engine will highlight this issue across the city and hopefully start more conversations and signpost those who suffer domestic violence to receive the support they deserve.

We are absolutely determined to support victims in reporting these crimes and rebuilding their lives. There are support networks available across the city for women suffering domestic abuse, and for the men perpetrating the abuse, ensuring that they are called to account for their actions but also understand and change their behaviour. I would urge anyone to take advantage of these support networks as it could make all the difference.

We must also remember that domestic abuse also affects children and young people in a number of ways. They can experience the abuse both directly and indirectly and the impact of this can be significant in terms of a childs emotional, behavioural, cognitive and physical well-being.

No one should have to experience abuse whether it is physical, sexual, financial or psychological.

In Hull, it is estimated 24,690 women per year experience domestic abuse. The police respond to between 700 and 750 calls every month. Last year, dedicated domestic abuse services in the city supported more than 2,700 women and their children.

Domestic abuse doesnt just happen to women, although that is often what we hear about. Sadly anyone can experience domestic abuse. It happens in all kinds of relationships and for any reason, regardless of age, race, religion, sex, or lifestyle.

We are keen supporters of the White Ribbon campaign as we are determined to raise the profile of any domestic abuse, encourage victims to come forward for help and educate people against committing such crimes. We hope by talking to children that we can help them understand where to get help if they witness domestic abuse in the home and to understand the consequences of violence.

We have a zero tolerance approach to this type of behaviour and we have successful programmes running across the city to help individuals suffering from abuse. We also have a Strength to Change programme available for those carrying out the abusive behaviour in order try and change their behaviour and attitudes towards women.

The White Ribbon campaign was created by men and is aimed at men, to ensure that they take more responsibility for reducing levels of abuse against women. It focuses on the belief that change will only occur when men accept their responsibility to make changes.

By wearing a white ribbon, a man makes a personal pledge never to commit, excuse or remain silent about violence against women.

Anyone who is passionate about this cause is encouraged to pledge their support at www.whiteribboncampaign.co.uk/makepledge 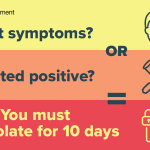