Nesting pigeons, rats and an offensive odour were just some of the hygiene problems at a Hull takeaway closed down twice to protect the public.

Owner of Prima, Shanmuganathan Santhrasekaram was sentenced to a 12-month community sentence and 180-hours of unpaid work Hull Crown Court on Friday after admitting a string of serious of food hygiene and unfair trading offences, as well as an environmental crime offence. In total, he pleaded guilty to 20 separate charges.

Santhrasekaram’s Cottingham Road takeaway, Prima, was visited by environmental health officers in April last year after colleagues in pest control made them aware rat activity had been found in a food store.

When they arrived, they discovered signs of rat activity, dirty disused equipment, broken lighting, raw meat stored next to soft drink bottles, and an offensive “strong odour”. There were also two birds’ nests within the food storage and preparation area, with pigeons in them – during the visit, one of the birds flew off through an open window. Birds’ nests found within the food storage and preparation area at Prima.

When officers asked Santhrasekaram how long the birds and rats had been a problem, he said he “wasn’t aware there was an issue”.

Serious problems at the premises included:

Officers used a Hygiene Emergency Prohibition Notice (HEPN) to close down the takeaway, as it was considered an immediate public health risk to anyone eating there. Santhrasekaram was told he could not reopen until given permission by Environmental Health Officers, who would visit and inspect at a later date to ensure improvements had been made and hygiene standards were being met.

During these following visits, officers agreed Santhrasekaram had made the necessary improvements and Prima should be allowed to reopen. However, during a check-up in July, while the takeway was trading, they found conditions had deteriorated again.

Santhrasekaram was unable to provide full names of two men working for him, whom he said were responsible for some of the issues, and had failed to make any progress at all on the necessary improvements outlined during the April inspection. He also failed to provide any evidence of what arrangements were in place to dispose of waste – an offence under Environmental Protection law. The takeaway was again closed using a HEPN. Dirty structure and equipment in a state of disrepair at Prima in Cottingham Road.

Further issues arose in November, when a customer complained about food quality after ordering from Prima via food-ordering app JustEat. The complainant, who made the order while the business was still closed in September, contacted Trading Standards after being unable to make contact with anyone at Prima over the phone, then driving to the premises and realising it was in darkness and clearly not trading.

Santhrasekaram was interviewed under caution in December, when he explained that he had taken his JustEat terminal – a type of order processing system – to another takeaway. He said the other premises  was owned by his friend, who had allowed him to prepare food there.  Customers ordering from Prima through JustEat were not made aware that it had been closed, or that their food would be made at a different premises. During the time it was closed, receipts from JustEat showed orders worth a total of £7,393.69 had been taken.

Speaking after the court case, Rachel Stephenson, food and health and safety manager at Hull City Council, said: “This was one of the worst premises our officers have encountered, with serious hygiene failings across every possible area. There is no place in Hull for a food business with rats entering their food store and pigeons nesting there. A food storage area at Prima in Cottingham Road.

“Prima was dirty with poor hygiene practices, putting customers at significant risk. Despite warnings, advice and support, Santhrasekaram failed to make any improvements and then continued to trade from another premises after being forcibly shut down twice, showing a remarkable disregard for his customers.

“This case is a reminder of the fact that part of the role of Environmental Health officers is to protect people from eating food which could make them seriously ill. A hygiene rating of 0 is never simply about paperwork, it should send out a clear signal to the public that something has gone wrong within the business which is much more serious.

“That said, Prima is also an example of how a premises can turn things around when the business owner decides to work with us to make improvements. Since the second closure, Mr Santhrasekaram has engaged with one-to-one coaching sessions with our officers, addressed the serious problems identified and raised standards enough that Prima now has a hygiene rating of 4. We would always urge those businesses which receive low ratings to accept our help to move forward”. A food storage area at Prima in Cottingham Road.

Cllr Mike Thompson, portfolio holder for public protection, added: “This case highlights the value of unannounced inspections and the power of different teams working in close collaboration. Environmental Health, Environmental Enforcement, Pest Control and our legal team were all involved in ensuring justice was delivered.

“It reinforces the importance of checking a food hygiene rating before eating somewhere – all ratings are available online. Fortunately, the majority of Hull food businesses have a rating of four or five and almost all have a three or above.

“If you do have concerns about somewhere you have ordered food from, please get in touch – the customer who did so after ordering from Prima during the closure period provided extremely useful information”.

The charge in respect of the waste offence is failing to furnish waste transfer notes for the premises as required by a notice served by the Council requiring their production (these were required to show what arrangements were in place for the disposal of waste from the premises) – the offence is contrary to Section 34(5) and (6) of the Environmental Protection Act 1990.

Hull’s stunning wildflower meadows are back

Today sees the launch of the new #NHSCOVID19app!

Starting now, business across Hull will be displaying a Test and Trace QR code. The built-in QR scanner in the app lets you scan these codes to check in to venues quickly and easily. 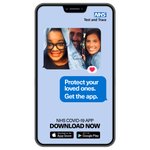