Hull’s Bonus Arena has been shortlisted for two prestigious awards.

The venue has been shortlisted at the Royal Institution of Chartered Surveyors (RICS) Awards and the Local Authority Building Control (LABC) Awards.

For the RICS Awards, the Hull arena has been nominated in the Design through innovations category for the Yorkshire and Humber region alongside Broadlea Street in Leeds and Lister Mills in Bradford.

The RICS Awards showcase the most inspirational initiatives and developments in land, real estate, construction and infrastructure. They celebrate the achievements and successes of RICS professionals and their impact on local communities. Last month the arena was named as one of the world’s best up and coming venues by prestigious US publication, Billboard.

The arena is also a finalist in the Best Public Service Building category for the South Yorkshire & Humber Regional LABC Awards.

Councillor Daren Hale, portfolio holder for regeneration and economic investment at Hull City Council, said: “The Bonus Arena is one of the country’s premier entertainment venues. The modern, adaptable and high-tech arena now allows Hull to attract a greater variety of performers from all over the world, and also host a larger diversity of events including international conferences and tradeshows.

“As well as offering all the practicalities you would want from a large arena, the building itself is stunning. Despite being open less than a year, the Bonus Arena has already become one of the city’s most recognisable landmarks.”

Across eight individual categories, the awards are regarded as the premier property and construction awards in the country, celebrating the most innovative projects in the region and their impact on local communities.

The awards take place on Friday 17 in May.

“The flexibility of the space enables us to host a wide variety of events of different sizes and styles. It’s been a very exciting and eventful first six months with performances from Catfish and the Bottlemen, Courteeners, Madness and Van Morrison to name just four and we look forward to hosting many more fantastic events in the future.” The venue has been shortlisted at the Royal Institution of Chartered Surveyors (RICS) Awards and the Local Authority Building Control (LABC) Awards.

The designers of the Bonus Arena, AFL Architects, has also responded positively to the news.

Director John Roberts said: “These awards highlight not only the success of the venue, but everyone’s incredible collaborative efforts to make the Bonus Arena a reality – from client, designers and planners, all the way to the construction and operation teams. We couldn’t be prouder of our involvement on this project.”

Last month the arena was named as one of the world’s best up and coming venues by prestigious US publication, Billboard, alongside venues in New York, Los Angeles and Montevideo.

To find out more about the RICS Awards click here

To find out more about the LABC Awards click here

The government has launched NHS Test and Trace. Find out what that means for you: http://ow.ly/Kp6K50zXX1q 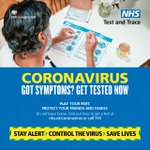