Sir Thomas Lawrences famous portrait of the person who led Britain’s campaign to abolish slavery and Yorkshire M.P., William Wilberforce will be exhibited in Hull, the place of his birth, for the first time as part of a major new project, Coming Home, launched by the National Portrait Gallery, London today, Wednesday 25 July. Lawrences unfinished portrait of Wilberforce, was one of the first works acquired by the National Portrait Gallery when it was established in 1856 and was said to capture ‘the intellectual power and winning sweetness of the veteran statesman’. The work will go on display in the Ferens Art Gallery in Hull in 2019.

Culture Secretary Jeremy Wright made his first ministerial visit to the National Portrait Gallery today to launch Coming Home, which will allow the National Portrait Gallery to loan portraits of iconic individuals to places across the country they are most closely associated with. The new initiative will enable 50 portraits from the national Collection to travel to towns and cities across the UK from 2019 onwards and has been made possible by the Department for Digital, Culture, Media and Sport, and generous contributions from The Thompson Family Charitable Trust and funds raised at the Gallerys Portrait Gala in 2017.

 The Gallerys 16th century portrait of Richard III, loaned to the New Walk Museum and Art Gallery in Leicester, the city in which the king was buried
 Emma Wesleys portrait of Johnson Beharry, who served in the Princess of Wales Royal Regiment and is the first living British person, since 1965, to be awarded the Victoria Cross for his actions in Iraq in 2004, travel to the PWRR & Queens Museum in Dover
 David Hockneys Self-Portrait with Charlie go to Cartwright Hall Art Gallery in the artists hometown of Bradford
 Kate Peters photographic portrait of Sheffield-born athlete Jessica Ennis-Hill taken in 2012, when Ennis-Hill won the gold medal in the heptathlon with a British and Commonwealth record-breaking score, go on loan to Museums Sheffield
 Tracey Emins ‘Death Mask’ go on display in Emins hometown of Margate for the first time at Margate Library in partnership with Turner Contemporary

The National Portrait Gallery has been collecting portraits of men and women who have made a significant contribution to British life and history since 1856. As part of Coming Home, the Gallery will be working with local museums, galleries and other venues to help choose portraits that are special to them, providing communities across the country with the opportunity to celebrate their local heroes.

The Gallery has already returned the only known surviving portrait of Charlotte, Emily and Anne Brontë together to its original home at the Brontë Parsonage Museum in Haworth. The painting is on display from 1 June until 31 August 2018 as part of the celebrations marking the 200th anniversary of Emily Brontës birth.

Jeremy Wright, Secretary of State for Digital, Culture, Media and Sport, said: Every corner of the UK has well known faces who have played a significant role in our nation’s history. I am delighted that fifty of these famous figures will be returning home so that current generations can be inspired by their stories. We are determined to ensure that more of the UK can see some of our world-class art collections, and with thanks to the National Portrait Gallery, Coming Home is an exciting first step in the right direction.

Dr Nicholas Cullinan, Director of the National Portrait Gallery said: I am delighted to launch such a unique, inclusive and ambitious national initiative. We are extremely grateful to the Department of Digital, Culture, Media and Sport, the Thompson Family Charitable Trust and all those who contributed to the Gallerys 2017 Portrait Gala for making it possible. We hope that sending portraits home in this way will foster a sense of pride and create a personal connection for local communities to a bigger national history; thus helping us to fulfil our aim of being truly a national gallery for everyone, in our role as the nations family album.

Councillor Marjorie Brabazon, Chair of Hull Culture and Leisure Limited, said: As a city and as a council we are incredibly proud of the legacy of William Wilberforce. The news today that the legendary portrait of Wilberforce by Sir Thomas Lawrence, will be coming to Hull and the Ferens next year, for all to see, is thrilling. We congratulate the National Portrait Gallery on this great national initiative that sees portraits of famous faces returning home. We are honoured the Ferens will be a part of it.

Joanna Jones, Head of Arts and Museums, Leicester Arts and Museums said: We are delighted that New Walk Museum and Leicester will be part of this exciting project. The remains of Richard III were discovered in Leicester and reinterred in Leicester Cathedral in 2015 and so for visitors and residents to be able to see this portrait in the City where he was found will be a really important opportunity.

Victoria Pomery, Director, Turner Contemporary said: Turner Contemporary is delighted to be a partner in this exciting national project. It is a great opportunity for audiences across the UK to experience a range of artworks from the National Portrait Gallerys Collection and to consider the importance of home in all our lives. Tracey Emin grew up in Margate and much of her practice has been inspired by the town and her experiences here. The installation of her portrait in Margate Library is the first time it has been exhibited outside London since its acquisition and coincides with Emins decision to relocate her studio to Margate.

Kirstie Hamilton, Director of Programmes, Museums Sheffield said: We are thrilled to be working with the National Portrait Gallery on the ambitious Coming Home project, which offers a wonderful opportunity to see works from the national collection outside London. Jessica Ennis-Hill won the hearts of the nation and inspired a whole new generation of athletes to follow in her footsteps. We are delighted to be displaying Kate Peters dynamic portrait of Jessica here in Sheffield, her home city.

Roll up, roll up and read this summer 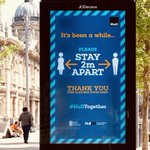