Ever thought of yourself as a karaoke king or queen?

A giant party bus has parked up in King Edward Square in Hull and is giving shoppers the chance to sing in front of crowds.

The Greatest Hits Radio Big Bus Tour will be in the city centre until 7pm today.

The national station launched on 7 January this year. Shoppers are enjoying their five minutes of fame in Hull city centre.

All day, people have been donning fancy dress from the radio station’s dressing-up box to wail along to their favourite song on the big screen.

A wheel of fortune, Rossie’s big bus pop quiz, scratch cards and a photobooth have also been entertaining crowds.

50% off leisure activities for Armed Forces veterans in Hull

For further advice on how to #StaySafe go to http://gov.uk/coronavirus 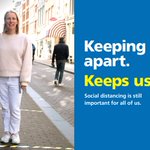