Hull City Council leader Stephen Brady has proposed no cuts to council services in the next financial year, despite £5 million of new cuts from central government.

It will also maintain the provision of the newly launched KAT card to provide discounted travel for young people in education, while youth services, adult education and training will continue to be provided.

“We’ve seen an upsurge in interest in our entire city. Going forward into 2019/20 we are committing to further regenerating the city through the Capital budget with improvements to infrastructure, connectivity, resilience and additional culture, leisure and tourism projects such as the Albert Avenue Lido.”

The proposals will be presented to the council’s Finance & Value for Money Overview and Scrutiny (25 January), Cabinet (28 January) and Full Council (28 February). A final decision will be made at a Full Council meeting on Thursday 28 February.

For 2019/20, central government funding has been reduced by a further £5 million, meaning an overall reduction in core funding of £131 million since 2010 (55 percent reduction). This equates to approximately £504 per resident.

The draft budget also makes proposals for 250 new start bungalows, refurbishments to private terraced housing, further funding committed to highways improvements and funding to identify and work up feasibility for a northern park and ride.

It proposes an increase in council tax of 2.99 percent, with discounts to continue for young people leaving care and Armed Forces personnel.

Councillor Phil Webster, portfolio holder for finance and transformation, said: “We have managed to reach a balanced financial position, whilst delivering services to our residents and also making vast improvements to our city as a place to live, work and visit.

“We are going into the fourth year of a four year funding deal and I’m pleased we have not had to make any cuts to services in this budget, with no big changes to what we have outlined in the previous three years’ budgets. However, the picture after this is uncertain and as yet unclarified by government.” 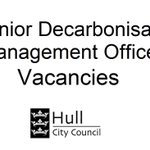