One of the area’s favourite musical sons returns this weekend for an epic performance of favourites by a legendary rock star.

Hull will also host a worldwide musical smash hit, the last chance to see a famous portrait of William Wilberforce and one of the country’s most famous brass bands.

Billed as probably the closest experience to a David Bowie gig as you can now get. Driffield-born Woody Woodmansey, best-known as a member of David Bowie’s Spiders from Mars in the 1970s, brings his band to Hull for the 50th anniversary of Bowie’s The Man Who Sold The World.

Holy Holy is heading to the Bonus Arena, Hull on 18th January 2020 for the 50th-anniversary celebration of ‘The Man Who Sold The World’,

US musician Tony Visconti, who produced and performed on many of Bowie’s albums, will also fetaure. Get tickets here

The worldwide smash hit musical by Queen and Ben Elton comes is a musical phenomenon. Since 2002, more than 16 million theatregoers in 19 countries have watched the production, which features 24 of the supergroup’s biggest hits delivered in a show designed to match the scale and spectacle that marked the band’s legendary live performances.

We are getting ready to do the ‘fandango’ just got to get this mud of our faces, can’t turn up to @wwrytouruk looking like a ‘big disgrace’ and don’t worry ‘Bismillah!’ We will let you go

Don’t miss the last chance to see Sir Thomas Lawrence’s famous portrait of William Wilberforce, exhibited in Hull as part of a major project launched by the National Portrait Gallery.

There are only a few days left to see the famous portrait of William Wilberforce, on loan to us from @NPGLondon.

Discover more about the work in this short film https://t.co/QzCKdpdjD7

The project sees the National Portrait Gallery lend 50 portraits of iconic individuals to places across the UK with which they are most closely associated. Find more information here.

The Junior Open exhibition has been held annually at the Ferens Art gallery since 2014. It celebrates the creative talent of  young people in Hull and the surrounding area.

Thank you Ferens art gallery for welcoming Year 4 today. We thoroughly enjoyed looking at the entrants to the junior open art competition; as well as making sketches of our favourite pieces. #croxbymagic #thisisouryear pic.twitter.com/5p1gHDk7UW

Artworks are submitted by individuals, schools and local community groups, aged 15 and under. Find out more here.

This globally recognised band will share the stage with one of the area’s favourites in the City of Hull Band, formerly the EYMS Band, for a spectacular concert that will showcase the entertainment qualities of both groups.

Feel good Friday! See 2 bands for the price of one! We will be sharing the stage at Hull City Hall @CityHallHull with Brighouse and Rastrick Band @briggusbb on Saturday 19th January at 7.30pm.
https://t.co/db2nutfOvF

The Brighouse and Rastrick Band from West Yorkshire were formed more than 130 years ago and are current and 10-time National Champion Band of Great Britain. The City of Hull Band have earned a reputation for bringing something new to the stage and continue to innovate. Get tickets here.

Hopes and dreams of Hull children to be shared with shoppers 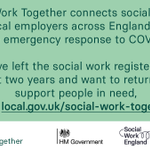