Hull City Council is today celebrating the citys best ever Key Stage 2 results, topping the league table in Yorkshire and the Humber.

New assessment arrangements were introduced in 2016 across Key Stage 2. 2017 provides the first year on year layer to the new baselines established in 2016.

Councillor Phil Webster, Portfolio Holder for Learning, Skills and Safeguarding Children, said: I am delighted to see the Key Stage 2 results improve and be the best ever for the city as well as topping the regional league table. We are now above the national average. Attainment in Hull primary schools continues to rise at a rate faster than national, which is down to the hard work and dedication of teachers and school staff, as well as children and their families. This is a really positive picture of improvement for the city and I am confident we can continue with this direction of travel and improve further.

We remain committed to ensuring our young people of today develop the very best skills, aspirations and opportunities to ensure they have a vibrant future for when they reach secondary school.
Beneath this headline measure, the city shows similar improvement across individual subjects. At the higher standard, the city is closing the gap between local and national performance.

Average scaled scores across Reading and Mathematics, separately, are in line with national averages  again reflecting an improvement on 2016 when the citys scores were slightly below the corresponding England averages.

Separate measures underpin the progress made by pupils between Key Stage 1 and Key Stage 2 across the individual subjects of Reading, Writing and Mathematics. Moving on from the solid baselines established by the city in 2016, the 2017 progress scores are above national and regional averages across all subjects.

Got a brew / bottle on the go?

Tune in to our Facebook page from 8pm for live music from the fabulous @YasminCoeMusic, #rightonyourfsofa. 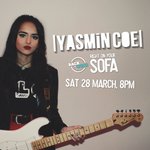