A play from acclaimed Hull theatre company Middle Child has picked up a Writers’ Guild Award.

Daniel Ward, the writer of Middle Child Theatre’s The Canary and the Crow, won Best Play for Young Audiences at last night’s awards in London.

His semi-autobiographical play is an award-winning grime and hip hop-inspired gig theatre production, about the journey of a working-class black kid who is accepted to a prestigious grammar school.

Daniel Ward said: “It’s a massive honour to win this award and I couldn’t be more proud. I already feel like this play has been on a huge journey and I am so excited to be sharing it at the Arcola this month and later this year on tour with the bad bois Middle Child.” Middle Child production The Canary and the Crow, Edinburgh 2019. Photo credit: The Other Richard.

It premiered in Hull last summer before achieving critical acclaim at festivals and venues across the country.

The play was awarded the Brighton Fringe Award for Excellence at the Edinburgh Festival Fringe in 2019.

Paul Smith, artistic director and chief executive at Middle Child, said: “Everyone at Middle Child is incredibly proud of Daniel for winning this award. It’s testament to his talent as a writer and we couldn’t be more pleased to have had a role in bringing his incredible script to the stage.”

The Writers’ Guild Awards 2020 were hosted by writer, comedian and actor Katy Brand, and honoured some of the British writing talent across film, television, radio, theatre, comedy, books and video games.

Find out more about Middle Child and The Canary and the Crow here.

Discover ‘fascinating history’ of Queens Gardens ahead of £4.3m transformation 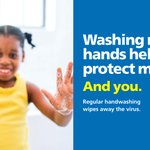