Hull has been named as one of the UK’s top 10 cities for economic improvement.

PwC’s Good Growth for Cities 2019 measures the performance of the UK’s largest cities against 10 indicators considered by the public as the most important for economic wellbeing.

It considers factors such as jobs, income and health as the most important factors in the eyes of the public, alongside housing, transport, income distribution, work-life balance and the environment.

Hull ranked ninth for improvement in UK cities on the index, one place ahead of Manchester.

The Index, developed by PwC and think tank Demos, ranks Hull above average in jobs, income distribution and transport.

Mark Jones, Hull City Council’s director of regeneration, said: “We are delighted to again be recognised in this index, which reflects the impressive growth seen in the city’s economy and also in the quality of life of our residents.

Good Growth for Cities 2019 shows continued improvements across cities in the UK, driven in particular by falling unemployment rates and increases in new businesses. Find out more https://t.co/YQEIS3wof0 #GoodGrowth pic.twitter.com/yOSDasmgV9

“This is before we see the real benefits of huge upcoming projects including Hull: Yorkshire’s Maritime City and Albion Square, which are already starting to drive future growth in the city.

“The index shows that, despite the excellent improvement reflected in last year’s index, we are not yet content. We need to be absolutely focused on achieving further growth for this city’s economy.”

The index placed Oxford and Reading as the highest-ranked UK cities for the fourth year in a row. 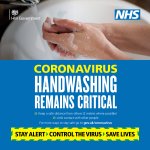