Discover ‘fascinating history’ of Queens Gardens ahead of £4.3m transformation

It is no secret that one of the city’s most popular green spaces will soon undergo a major £4.3m refurbishment.

But not everyone in the city knows about the ‘remarkable’ past of Queens Gardens – which was a thriving dock 250 years ago.

Now a Hull historian has delved into the fascinating history of the gardens ahead of its transformation.

The works will see new ramps and garden walls, heritage railings and improvements to the garden’s ponds, while infrastructure and lighting improved to better cater for events.

Ahead of the works, Dr Robb Robinson, honorary research fellow at the University of Hull, has spoken about the ‘fascinating history’ of the gardens.

“When Queens Dock was constructed in the 1770s, it was the largest of its kind in the country,” said Dr Robinson. “It was a remarkable example of civil engineering in the industrial revolution, constructed by labourers using only pickaxes and shovels.

“Queens Dock was the first of the town docks that made the centre of Hull an island. Even to this day, Hull’s Old Town is a peninsular, with the two rivers and the marina, but in the past you really could sail all around it. 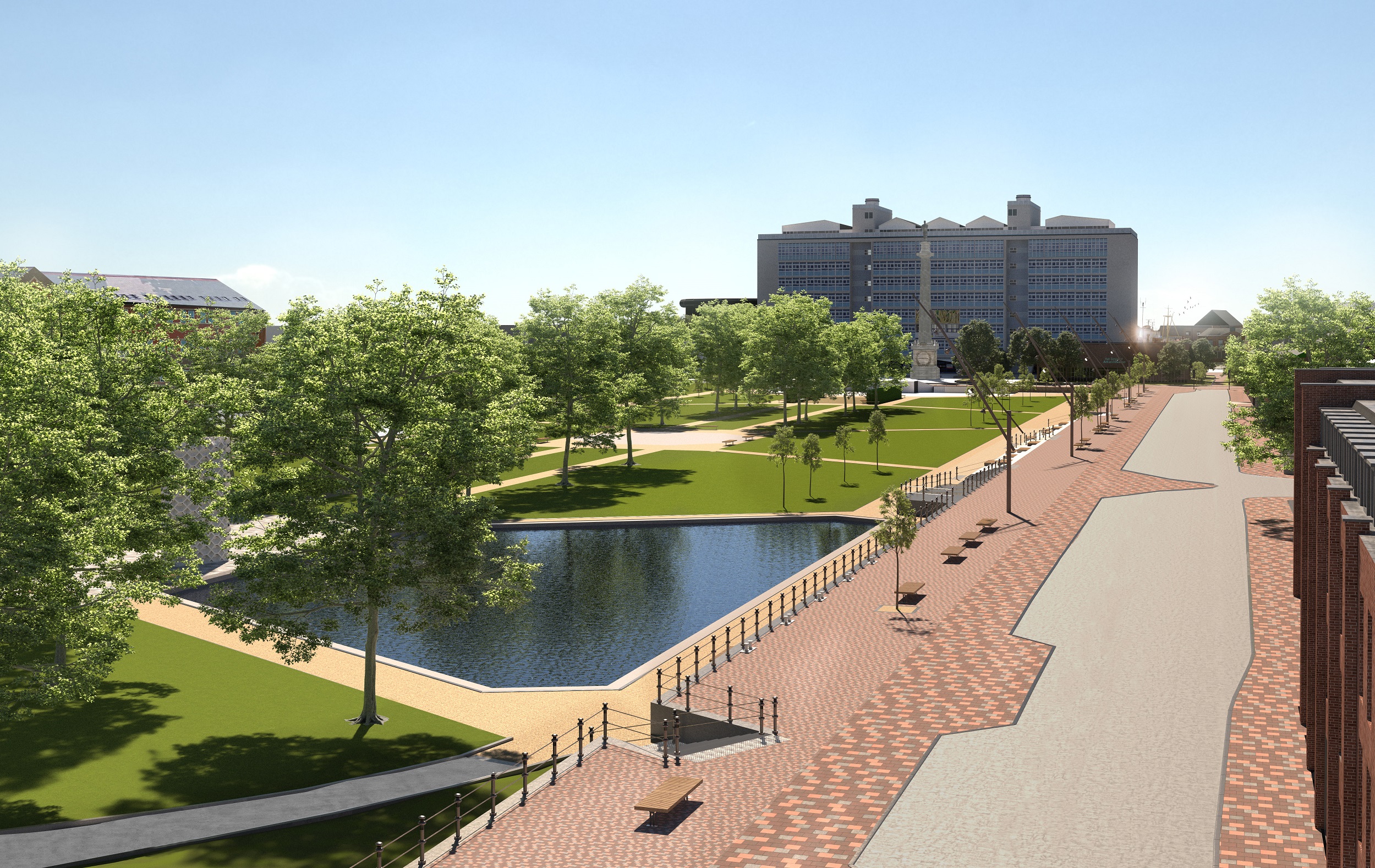 “At one time, the old dock was a centre of the whaling trade. Countless whaling ships would have sailed out of the basin into the River Hull that we see to this day.”

The plans will see the gardens become a key connection between the Maritime Museum and the proposed North End Shipyard, part of the Hull: Yorkshire’s Maritime City project.

It is a fitting future for the former dock, which in its past hosted some prestigious vessels, said Dr Robinson, author of Far Horizons: from Hull to the Ends of the Earth.

“One ship that sailed from the dock was the Tranby,” he said. “It was 87ft long, carried 37 passengers, 14 crew, and all their animals and agricultural equipment on their eight-month voyage to Australia. The Tranby’s passengers were some of the first settlers in western Australia.

“Another notable journey from the dock didn’t go quite so well: John Jewitt, whose father was an anchorsmith who worked on the edge of the dock, sailed on an American ship in 1802 and took a long voyage around Cape Horn [in Chile] to Vancouver Island, North America.

“Most of the crew was killed by a local tribe and he was kept as a slave of a chief on the Nootka Sound [on the western coast of Vancouver Island] for several years.”

A day in the life of … a Hull fundraiser