A Graffiti Jam that saw dozens of street artists descend on Hull has helped promote a reduction in anti-social behaviour.

The community art project, organised by Bankside Gallery, saw more than 100 artists from across the UK head to the Preston Road area to daub 22 empty homes with striking graffiti.

It is the final phase of the Preston Road area redevelopment, part of Hull City Council’s ambitious city-wide housing regeneration programme, which will see the houses replaced with new-build homes.

The empty homes, which are awaiting demolition, had previously been a magnet for anti-social behaviour.

But this month’s Jam, which followed a popular opening event last summer, has helped deter such behaviour in the area, says the local authority.

Dave Richmond, Hull City Council’s assistant director for neighbourhoods and housing, said: “We were aware of fewer call outs for anti-social behaviour in the area since the last summer’s Jam.

“However, were amazed when Humberside Fire and Rescue Service reported that arson-related anti-social behaviour had gone down by 41 per cent in the Marfleet Ward, with the graffiti being a contributing factor.

Watch a video of the April Graffiti Jam, produced by Octovision.

The temporary works earned a positive reaction from residents and attracted visitors from across the city and beyond.

Richmond said: “The boarded-up properties created an eyesore. Once the graffiti artists got to work, they transformed them into a vibrant and colourful community art which local people are proud to have in their area.

“The artwork was always going to be temporary, yet the ownership that people took in it surpassed expectations.”

Learn more about the project at the Bankside Gallery Facebook page. 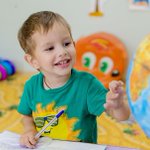