Hull is to host an event to commemorate victims of the genocide in the Bosnian town of Srebrenica in 1995.

Members of the city’s Bosnian community have worked with Hull City Council, Office of the Police and Crime Commissioner for Humberside, Humberside Police, the University of Hull and national charity Remembering Srebrenica to arrange the event.

It will take place in the Reception Room at the Guildhall on Friday 12th July from 4.30pm to 6.30pm, coming during a week of commemoration for the victims which runs until Sunday 14 July.

Remembering Srebrenica was set up in 2013 following a European Parliament resolution to commemorate the anniversary of the Srebrenica-Potocari act of genocide. The charity has promoted Srebrenica Memorial Day every 11 July since 2013.

The theme for 2019, Bridging the Divide: Confronting Hate, is inspired by the Stari Most Bridge in Mostar, a rebuilt 16th century Ottoman bridge that stood for more than 400 years before being destroyed during the genocide. It has since been reconstructed.

One of the most integrated parts of Bosnia prior to the war, Mostar is now separated by religion, with Muslim Bosniaks living in the east of the city and Christian Croats living in the West.

Those who attend will hear from Dr Catherine Baker of the University of Hull and meet with representatives from local charity the Bosnia & Herzegovina Refugee Group.

Get on your bike at Trinity Market this summer

Residents needing support should register through an online form on http://hull.gov.uk or by calling 01482 300 307. #HullTogether 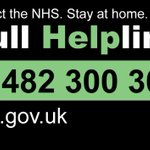