A new production of the much-loved Priscilla Queen of the Desert The Musical is coming to Hull next year.

It is produced by Mark Goucher and former Neighbours star Jason Donovan in first time as producer, having appeared in stage in the show’s West End and UK tours.

The heart-warming story, based on the Oscar-winning film of the same name, follows three friends who hop aboard a battered old bus bound for Alice Springs to put on the show of a lifetime. The hit musical promises to feature a dazzling array of stunning costumes and dance-floor classics including It’s Raining Men, I Will Survive and I Love The Nightlife.

Priscilla Queen of the Desert The Musical will be at the Hull New Theatre from Monday 30 March to Saturday 4 April 2020. 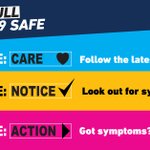