Work to understand why people smoke and what prevents them quitting will be increased further in Hull.

The city’s Director of Public Health revealed the new push after new data revealed rates in the city are rising – and are the highest in the country.

Tackling smoking is a long-standing priority in the city for the public health team, with significant amounts of work and investment to prevent people starting, raise awareness of risk and support them to quit.

Statistics from Public Health England show 2018 smoking rates in the city reached 26.1 per cent after hitting a low of 23.1 per cent in 2017. Previously, numbers of smokers had been falling year-on-year for more than a decade.

While nationally overall rates have continued to drop, and have hit a new low of 14.4 per cent, other local authorities in the Yorkshire and Humber area have also seen a rise. York, Leeds, Doncaster, Bradford, Wakefield, Rotherham, North Lincolnshire and North East Lincolnshire were all affected.

There was also some good news in the data for Hull. The number of pregnant women smoking at the time of delivery has reached an all-time low of 18.9 per cent – down from 21 per cent previously.

Julia Weldon, Director of Public Health at Hull City Council, said: “This is extremely disappointing and concerning news. While Hull’s smoking rates have always been above the national average, they have been consistently falling for many years. This is a stark sign that we still have a long way to go.

“It is important to understand that while we have still had successful reductions in some areas, the job is absolutely not done.

Alison, from Hull, smoked for 47 years after starting at 11. She now has Chronic Obstructive Pulmonary Disorder (COPD), a long-term condition which can be fatal.

“A huge amount of work goes on nationally, regionally and locally to tackle the causes of smoking and support people to stop. We think and work innovatively to address all the factors which contribute to people smoking and are committed to creating a future generation where smoking is not the norm.

“Within the past two years, we have implemented smoke-free playgrounds and school gates as well as sidelines at junior football games both here and in East Riding. We offer a full service for people who want to quit, including nicotine replacement therapies and support in whatever way works for them, whether it’s group meetings, one-on-ones or text.

“Our environmental health, licensing and trading standards officers work closely with police to target illicit tobacco and have taken hundreds of thousands of pounds worth of illegal cigarettes and tobacco pouches off the streets in the past few months alone.

“We also do a significant amount of campaign work to continue raising awareness of the risks smoking carries and the benefits of stopping. We worked with former smokers last year on the Don’t be the One campaign where they gave their accounts of the effects of smoking on their health, including developing COPD. The campaign urged people not to become the one in every two smokers who will die from a condition directly linked to the habit”.

Julia said, as a result of the new figures, health experts would do all they could to understand the spike and bring rates back down.

She said: “Along with our partners in health, stop smoking services and our communities, we will work to understand how and why this has happened. We do not take this news lightly and it’s a sign that we need to continue to find new ways to prevent people starting and support them to quit.

“I cannot stress strongly enough how dangerous smoking is. Every month 40 people in Hull die of smoking-related conditions. One in two who take up the habit will develop a fatal condition as a result. The risks are so high it’s just not worth it. The children of smokers are also at greater risk of taking it up and of being exposed to second-hand smoke”. 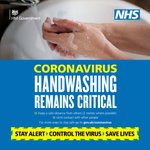