Hurricane winds this weekend could close the Humber Bridge to all users for just the second time in its history.

Storm Ciara is expected to hit the UK from Saturday, with winds of up to 80mph forecast.

As the storm hits and the wind increases, the bridge is likely to be closed to high-sided and vulnerable vehicles over the weekend.

The strong winds mean it is likely the bridge will also close the footways.

Andrew Arundel, head of engineering and infrastructure at the Humber Bridge, said the Humber Bridge Board’s number one priority is for the safety of bridge-users and that any decision to close will not be taken lightly.

He said: “If the extremely high winds, such as those predicted do hit the region this weekend, we will have no choice but to close the bridge entirely. This is the only way of safeguarding everyone and ensuring there are no accidents due to the severe weather.

“We understand this is an inconvenience to people, particularly those planning to travel over the weekend, but when winds reach these levels, we have no choice. Hopefully, the storm will pass fairly quickly and we’ll look to resume business as usual at the earliest opportunity.”

Open Exhibition in Hull: All you need to know 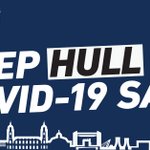