The Sensational 60s Experience will see six legendary names from the 1960s visit the city for a nostalgia-inducing show on Saturday 13 April at 7.30pm.

It will features an A-list combination of 1960s acts. Here is who will perform at the show:

The original voice of The Searchers, Pender is one of the greats to have come out of the Liverpool beat boom. He is the rich vocal talent on many 1960s classics.

The English rock, blues and soul singer started out with The Thunderbirds in the late 1950s and later performing all over Europe and has hits include Out Of Time, Handbags and Glad Rags.

This group were a dominating force worldwide throughout the mid-60s music scene. From 1964, the band chalked up more than 23 top 20 singles, 10 hit albums and three major movies. Their chart breaking hits include,  Mrs Brown You’ve Got A Lovely Daughter, Silhouettes, I’m Into Something Good.

One of the hottest bands on the 1960s circuit, they will entertain audiences with classics such as If Paradise Is Half As Nice and Bend Me Shape Me.

Part of the Brian Epstein stable, they enjoyed chart hits such as Hello Little Girl, A Little Loving, I’m In Love, Baby I Need Your Lovin and Girls Girls Girls.

Get tickets for The Sensational 60s Experience at the Hull City Hall box office, call 01482 300 306 or book online here.

Local elections: Find out who is standing in your ward 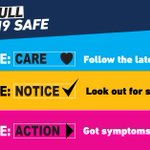