5 things not to miss at Freedom Festival 2020

Freedom Festival returns this weekend with a special online programme that will be broadcast via the BBC.

Here are five things that you can’t afford to miss –

A Portrait Without Borders
Kaleider

Freedom Festival invites people to have their portrait drawn by Kaleider’s non-learning AI before then being drawn on the walls of Hull Truck Theatre, not by humans, but by wall-drawing robots. A Portrait Without Borders will premiere in Hull before going on a national tour.

Throughout the weekend there will be surprises for some of the city’s young people as Luke Jerram’s sound illuminated artwork Lullaby is delivered at dusk to streets in the city in partnership with Back To Ours.

Join the best new writers in Hull and the East Riding and be the first to hear the theatre of tomorrow. Like an open mic night for musicians but for the spoken word, local writers get their work performed as radio plays.

Some of the city’s most talented artists, including Chiedu Oraka, Emma Fee and Downtown Kayoto, have filmed and recorded performances from some of Hull’s most iconic locations.

On Saturday night Luke Wright will broadcast the third of his trilogy of political verse, co-commissioned by Freedom Festival. The Remains of Logan Dankworth was originally due to be showcased at Freedom Festival, but instead Nova Studios has filmed an exclusive recording of Luke performing the piece in Hull. 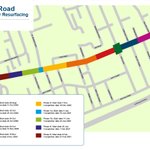